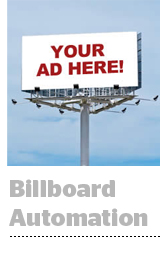 Rubicon Project CEO Frank Addante has long expressed a vision to automate the buying and selling of all advertising. On Thursday, the company took the first step in expanding beyond digital by partnering with out-of-home trading platform BitPoster to bring inventory into Rubicon’s orders platform.

“It’s the first foray into media outside of digital,” said Jay Stevens, Rubicon’s international general manager, marking a “defining moment” for the company.

The deal helps Rubicon extend into a new channel, while taking a cut of the transactions that flow through its platform. For BitPoster, the arrangement moves it over the last mile of automation: getting inventory in front of buyers. It will gain better access to demand sources, such as agency trading desks.

UK-based BitPoster does not own any out-of-home advertising, but serves as a trading platform for 300,000 digital and static billboards in the United Kingdom.

As trading desks centralize within agencies, Stevens expects they will handle more types of media buying, including out-of-home. Having a presence in Rubicon’s orders platform raises BitPoster's profile and makes it easier to buy.

Overall, Stevens sees the UK market embracing automation technology faster than the US. Since budgets are four to five times smaller in the UK, the cost of sale has a bigger impact on bottom lines compared to the US market. That includes both digital and out-of-home formats.

Beyond the BitPoster integration, Rubicon will likely expand its integrations with other media channels.

“We work with most of the premium daily national newspapers all over the world, and many have been asking for the same for print,” Stevens said. “It’s just that BitPoster is further along in terms of how we can marry this into our [user interface].”