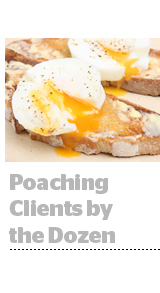 In what could be construed as a cautionary tale to any company bundling and reselling a partner's technology, Chango sales reps approached the dozen or so retailers, some of them with significant media budgets, using the technology through eBay Enterprise.

Chango told retailers using eBay Enterprise that it could offer the same technology without eBay Enterprise’s markup, leading to a better return on investment.

EBay Enterprise found out about the sales maneuver when customers started calling to say Chango had pitched them.

According to sources, Chango CEO Chris Sukorny timed the sales push to follow eBay Enterprise’s spinoff from eBay, announced in mid-July and closing later this year. That way, he could take away eBay Enterprise’s customers just when the employees were preoccupied with dealing with the details of the split, the sources said. There was also some confusion internally over whether the split would void the contract with eBay Enterprise.

But it’s not clear if Sukorny cleared the move with his higher-ups at Rubicon Project, which acquired Chango at the end of March. One of Rubicon Project’s biggest customers is eBay, so poaching clients carried a risk for that relationship.

What happened after those sales pitches depends on who you ask. One source said “nearly all” of the advertisers and agencies doing retargeting with eBay Enterprise left after Chango's outreach.

But a source defended Rubicon Project’s moves, calling them the isolated work of overeager junior sales reps, and said no clients immediately cancelled with eBay Enterprise because of the sales pitches. According to that source’s timeline, eBay Enterprise contacted Chango immediately after seeing a sales email to one of its clients and Chango then halted all sales communications. The source also said the two companies continue to work with each other.

EBay Enterprise used to have its own retargeting technology, FetchBack, which was part of eBay’s $2.4 billion acquisition of GSI Commerce in 2011. But eBay reportedly did not invest in the product and was forced to find a vendor to replace it.

That vendor was Chango.

EBay Enterprise started working with Chango in January, adding its own proprietary first-party data on top of Chango’s tech to add value. The usual contracts were in place to protect eBay’s data.

This white-label deal with eBay Enterprise accounted for about 10% of Chango’s business, according to a source familiar with the acquisition.

In the world of ad tech, there are often layers of technology partners, each taking a cut. EBay Enterprise may have been marking up the retargeting inventory a bit too much, one source speculated.

One Chango deck, publicly available on Slideshare, boasted of a return on ad spend of 13:1 for an industrial supply retailer, 30:1 for a luxury travel company and 92:1 for a leading department store.

In contrast, the slide showed a 4:1 return on ad spend for eBay campaigns on the Chango Enterprise Platform.

“I think ultimately you could make the argument that the [poached] eBay Enterprise customers win in this case, because of the value [Chango] is really bringing,” said a source familiar with what happened. “If your trading desk or marketing solution isn’t offering a true value, then why does that middleman even exist?”